I react the recent announcement of the 2021 Women’s Prize for Fiction Longlist. 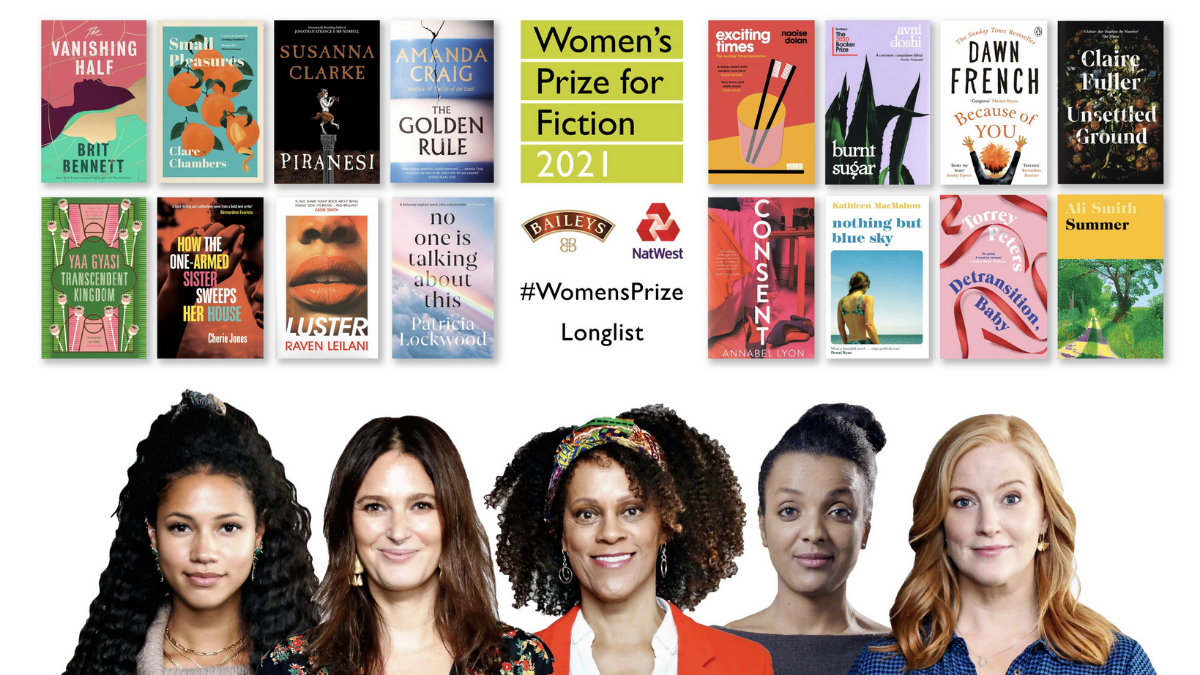 The list features 16 books that have been published by an array of different publishers and authors, that each discuss important and potent topics. Here is my reaction…

The 16 Books Longlisted for the Women’s Prize for Fiction 2021:

Shockingly, I’ve only actually read two of the books that feature on this longlist, I feel like a fake! The books I’ve read from this list include Luster by Raven Leilani and Transcendent Kingdom by Yaa Gyasi, and I feel VERY different about them both.

Luster was incredibly hyped up and I have to admit that the only reason I bought this book was because of all my fellow Bookstagrammers raving about it on Instagram. It didn’t live up to the hype for me and you can find my full review here. Although it was a great representation of young women and how dating and sex has drastically changed in modern times, especially with this focus on ‘boredom’, sexual liberation and open relationships. But it left me feeling a little down in the dumps and I felt incredibly and painfully sorry for the main character Edie. Not what I was expecting but a short book to read if you ever fancy seeing what all the hype is about and making your own opinion.

Transcendent Kingdom on the other hand is a deeply moving masterpiece by an author who is slowly becoming one of my favourite writers. I am yet to post my full review of Transcendent Kingdom but it was a book that not only asked some BIG questions about humanity and religion, but it also made me sob. Yet again, Yaa Gyasi has created a masterpiece, albeit a very different masterpiece to her debut novel Homegoing, and definitely deserves a place on this longlist.

Books That Are On My TBR

A LOT of these books already feature on my TBR, both physically and on my Amazon wish list, including Burnt Sugar, Exciting Times, The Vanishing Half, Detransition Baby, Unsettled Ground and Small Pleasures to name a few.

The majority of the books on this list are books I’ve heard/seen floating around my social media channels and some of them are even sitting on my bookshelves waiting to be read. So I’m not surprised that many of the books that have been frequently appearing on my Twitter and Instagram feeds feature on this list.

It’s also incredibly exciting to see authors like Torrey Peters who is a transgender author and has actually made history by being the first transgender author to make it on the Women’s Prize for Fiction longlist. It just shows that there are some well-established prizes and organisations making the effort to be more diverse and celebrate the voices that for so long have been silenced.

Yet there are actually some books on this list that I’ve never heard of before, such as Nothing But Blue Sky, Because of You, The Golden Rule and Consent. It’s safe to say that these four books have secured a (quite high) place on my TBR and I definitely hope to tick these off my list before the shortlist is announced.

I think it would be wrong of me to create a shortlist when I’ve only actually read two books from this list but I hope the two books that I’ve read do make the shortlist. Even Luster, because although it didn’t live up to my expectations, it was still a great and different read.

The actual shortlist is announced on the 28th April so I guess I have A LOT of reading to do before then! To be honest, I hope to have read The Vanishing Half, Exciting Times and Burnt Sugar by then so hopefully I can make more of a personal and educated guess at what the 2021 shortlist might look like.

What are your thoughts on the 2021 longlist?

JULY WRAP UP
☀️ REVIEW - SEVEN DAYS IN JUNE ☀️
I found this quote whilst reading Death On The Nile by Agatha Christie and it really rang true to me.
TAKE ME BACK...
🔎 REVIEW - DEATH ON THE NILE 🔍
Eventhough S&S wasn't my favourite Austen and it certainly wasn't the best classic I've ever read, there were still quotes like these that really rung true!
NORMALISE READING BOOKS SLOWER SO YOU CAN TAKE IN EVERY WORD...
🖊 REVIEW- SENSE AND SENSIBILITY 🖊
The one thing I loved about #unsettledgroundbyclairefuller was the way Claire was SO descriptive and detailed and setting the scene. So much so I read the book with such a clear image of the characters and exactly where they were living. I haven't read a book that described nature in such minute detail since #wherethecrawdadssing
Pink sky at night... 🌌
🌿 REVIEW - UNSETTLED GROUND 🌿
The Vanishing Half was full to the brim of fabulous quotes that I literally could have highlighted sentence after sentence. If you know, you know!
Follow Stuck In The Book on WordPress.com