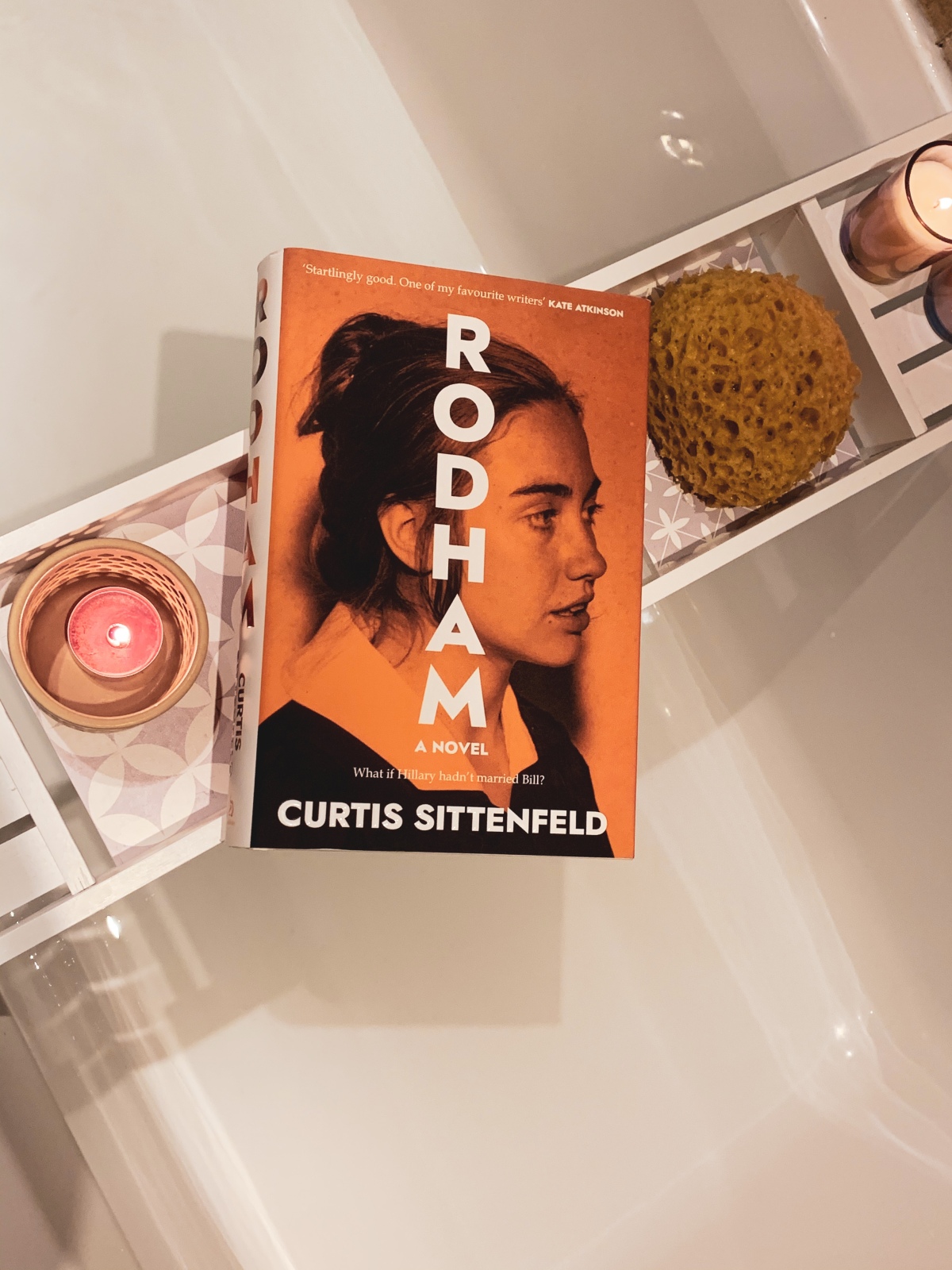 “Category one is they can’t stomach the idea of a female colleague and nothing you do will change their minds. Category three is those that are supportive. Category two is the odd one. They tolerate you, but it’s because they’ve decided you’re an honorary man.”

Why Did I Read This Book?

I decided to read this book because I saw a lot of people sing its praises earlier last year and it was recommended to me by Molly at Molly’s Book Club.

What Did I Think?

So before buying this book, I had no idea that it was about Hillary Clinton IF she had never married Bill (making her Hillary Rodham of course). It is a fantastic fictional twist on history and one that I wish may have happened.

From the start of the book, we follow Hillary in her law school years and in her early 20s where she meets and dates the infamous Bill Clinton. We see their relationship grow and begin to learn about Bill Clinton’s behaviour in his rise to political fame. Yet instead of marrying him and living a life of anxiety/worry, she decides to leave when she gets the opportunity and lead her own life.

We follow her throughout her campaigns to become the President of the United States and how her life changes due to her decision to leave her life with Bill behind. What I loved most about the book was Sittenfield’s commentary on women’s inequality, not just in politics but in all aspects of life; parenthood, teaching, media.

Hillary not only has to prove why she’s good enough to run the country, she also has to fight against the sexist beliefs instilled into generations of American voters. Not only does she have to behave more like a man so she can be heard by those around her, she also has to prove why she is a ‘good’ woman despite not being married or having children. The two consistently contradict each other throughout the book, with Hillary being referred to as ‘more like a man than a woman’ and having her relationship with Bill Clinton always discussed instead of her beliefs/policies. Even as a reader, you can feel the frustration and tiring effect it has on Hillary and her campaign. People don’t take her seriously because she’s either too manly or too womanly. She can’t do right from wrong.

No matter your political stance, Rodham is a story about one woman’s rise to political fame/success in a world that ‘isn’t meant for women.’ Yet Hillary’s determination and dedication to continue on the path to get what she wants is probably one of the most encouraging parts to the story, even if it’s fictional. Oh, and the chapters featuring Donald Trump will give you a great giggle too.

One thought on “REVIEW: Rodham”

#firstlinefridays
Let me tell you about an author who I found whilst doing my degree...Muriel Spark!
GIVEAWAY CLOSED 🇬🇧 📖💕
READ THIS IF:
READ THIS IF:
READ THIS IF:
READ THIS IF:
IF YOU'RE MISSING YOUR STRANGER THINGS FIX...
MAY READING WRAP-UP 📚
Wishing I could sit on a train for 3 hours every day because the amount of reading I did was INSANE!
BOOK REVIEW 💫 READ THIS IF:
A very #bookish trip to #Glasgow for the pre-launch of #meredithalone - thank you so much @michaeljbooks and @claireawriter for such a lovely event!
Follow Stuck In The Book on WordPress.com